June 02, 2017
Psoriasis is a common skin condition that causes skin redness and irritation. Most people with psoriasis have thick, red skin with flaky, silver-white patches called scales. There are two main hypotheses about the process that occurs in the development of the disease. The first considers psoriasis as primarily a disorder of excessive growth and reproduction of skin cells. The problem is simply seen as a fault of the epidermis and its keratinocytes. The second hypothesis sees the disease as being an immune-mediated disorder in which the excessive reproduction of skin cells is secondary to factors produced by the immune system.

Popular posts from this blog 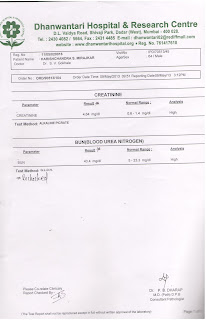 Description: Chronic kidney disease (CKD), or chronic renal failure, is defined as a gradual loss of kidney function. As the disease becomes more severe, the kidneys can find it hard to remove waste and excess water from the body. A waste build-up can lead to other health problems, such as high blood pressure, anemia, nerve damage and poor nutritional health. Patients with CKD often suffer from fatigue and lack of energy, which, in turn, reduces their levels of physical activity. The final stage of kidney disease is known as end-stage renal disease (ESRD), or kidney failure. This is when the kidneys stop working completely. At this point, a patient would require dialysis - a form of treatment that replicates some functions of a working kidney - or a kidney transplant to maintain life. CKD is generally accompanied with hypertension and Diabetes mellitus. Rates of diabetes have increased markedly over the last 50 years in parallel with obesity. As of 2010 there are approximately 285 m
Read more 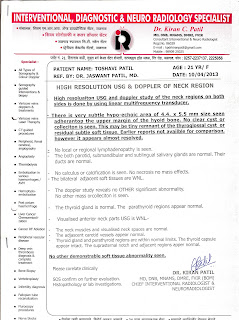 A thyroglossal cyst is a fibrous cyst that forms from a persistent thyroglossal duct. It usually presents as a midline neck lump (in the region of the hyoid bone) that is usually painless, smooth and cystic, though if infected, pain can occur. There may be difficulty breathing, dysphagia (difficulty swallowing), or dyspepsia (discomfort in the upper abdomen), especially if the lump becomes large. Treatment for a thyroglossal cyst is called the Sistrunk procedure: surgical resection of the duct to the base of the tongue and removal of the medial segment of the hyoid bone. However, by homeopathy complete resolution of the cyst can be achieved without any need for surgical intervention.  Post Treatment Pre Treatment
Read more